I hate to break it to you, but buying your first kayak is not going to be as simple as you hoped it would be.

There’s a lot to consider, starting with the most basic but oh-so-important choice – inflatable vs. hard kayak.

That wouldn’t have been up for debate 10 or 15 years ago when hard-shell kayaks ruled the market.

But boy, have things changed!

Today’s inflatables are every bit as impressive, offering some incredible perks – which means you’ll have to weigh your options more carefully as a first-time kayak buyer.

I’ve got you covered with this guide!

What is a an inflatable kayak? An inflatable kayak is pretty much what it sounds like – a kayak constructed out of PVC and similar softer materials that have to be inflated before each use.

And I know what you’re thinking:

“That sounds a lot like a glorified blow-up pool toy.“

But if you decide to put your initial skepticism aside, you’ll find that today’s inflatables can be every bit as robust and durable as their hard-shell counterparts.

But how safe are inflatable kayaks?

Thanks to the technological advancements and manufacturers who stepped up their game in recent years, modern-day inflatables are a whole different breed. They are designed to deliver performance and safety similar to a more traditional hard-shell.

And depending on your needs, the benefits of inflatable kayaks – including the lightweight design, compactness, portability, and lower price tag – could potentially outweigh those of hard-shell kayaks.

Okay, close your eyes and imagine a kayak.

It’s a hard-shell – quite possibly a traditional-looking sit-inside – isn’t it?

That’s understandable; hard-shell kayaks, constructed out of rigid materials, such as plastic, fiberglass, and wood, have been the golden standard for the longest time.

And yes, you can expect them to be heavier and cost more than their inflatable counterparts; that’s part of the rigid structure. But at the same time, they also boast hard-to-beat durability, a higher degree of control, and can withstand rough waters better.

From recreational sit-on-top boats to ocean-friendly sit-inside models and whitewater kayaks, hard-shells offer some serious versatility in terms of design and intended uses.

That, along with the added strength, durability, and control, is something you’ll surely appreciate as a seasoned paddler.

12 Differences Between A Hard Vs. Inflatable Kayak You Should Know

Inflatables have come a long way and can hold their own against their hard-shell counterparts.

I’m not saying there aren’t any differences between the two. Change the construction, and everything else changes, too – to a degree, anyway.

So, let’s break down the 12 key differences between inflatables and hard-shells below!

If you’re wondering whether inflatable kayaks are suitable for beginners, the answer is – yes, they are:

Then again, hard-shell kayaks can be every bit as beginner-friendly, provided that you pick the right one.

Here’s another thing to consider:

Hard-shell kayaks have fewer limitations in terms of purposes and water environments you can use them in – making them more versatile than their air-filled counterparts.

You won’t find as many inflatables that can run class IV whitewater rapids or ocean waves – and even if you do, they’ll cost a pretty penny.

And each one has its little perks.

Whereas, inflatable kayaks are made to PVC, nylon, and Hypalon. That doesn’t sound overly impressive compared to hard-shells, huh?

However a new breed of high-quality inflatable kayaks has arrived on the market that has taken the inflatable kayak vs hardshell kayak debate to a new level.  These hard-shell style inflatable kayaks offer the same drop stitch technology seen in standup paddle boards – allowing them to be inflated to a high pressure.

As a result, inflatable yaks are no longer expensive pool toys but are true rigid kayaks, giving their hardshell kayak cousins a run for their money.

#3 Weight: How Much Do They Weigh?

The choice of construction material directly impacts the kayak’s weight; this goes for both inflatable and hard-shell kayaks.

Some hard-shells will be lighter than others – again, depending on the material, dimensions, and kayak type. And not all inflatable kayaks will be as light as a feather, either.

Regardless, they will almost always be heavier than an average inflatable, often by at least 10 to 20 pounds:

Your average recreational hard-shell kayak will clock in at around 40 pounds, while an inflatable kayak tends to weigh 25 to 30 pounds on average.

#4 Capacity: How Much Can They Hold?

Sure, there are some significant variations between an inflatable kayak vs hard in terms of capacity. But generally speaking, inflatable kayaks do have a slight edge here.

How much weight can an inflatable kayak hold?

Well, even though they’re lighter, they can often carry up to 500 pounds – higher than the load capacity of a comparable hard-shell kayak.

Fishing kayaks – both inflatable and hard-shell ones – will have the highest weight capacity out of the bunch. It makes sense given all the fishing gear, accessories, and everything else they are supposed to carry.

I wouldn’t call inflatable kayaks hard to paddle, but there will be an adjustment period when you switch from a hard-shell to an inflatable. They’re wider, lighter, and they handle differently, often appearing sluggish and hard to navigate.

So, in case you were wondering, yes, hard-shell kayaks take the cake when it comes to on-the-water performance:

A hard-shell sits lower in the water; it’s heavier – meaning it doesn’t get tossed around as easily, even in adverse conditions – it’s narrower and shaped to cut through the water.

Hard-shell kayaks are built for performance, speed, tracking, and maneuverability; simple as that.

This one should be a no-brainer:

Besides the fact that it weighs less, you can easily fold your inflatable kayak, stuff it in a duffle bag, and take it with you wherever you go. It’s the definition of a portable, space-efficient ‘yak.

On the other hand, your average hard-shell is going to require a kayak trailer – or, at the very least, a roof rack – and dedicated kayak storage space.

It’s hard to deny the advantage that inflatables have over rigid, hard-shell kayaks in terms of storage and transportation.

Comfort is a matter of preference, more than anything else. It wouldn’t be fair to label one as better than the other in this department.

One thing we can all agree on, though, is that sitting on a hard surface for hours on end can be tough on your back. If you have a pre-existing condition, the pain can be flat-out unbearable.

That’s why it’s so important to choose your kayak seat with care – especially if you opt for a hard-shell kayak.

The soft, air-filled floors of inflatable kayaks seem more comfortable in comparison but beware of inflatable seats. They won’t provide much – if any – back support.

Inflatable kayaks have a higher weight capacity on average; we already established that.

But that’s not going to mean much if there’s nowhere to store your boating gear – and with that in mind, I’d say hard-shell kayaks win this one.

The rigid frame of a hard-shell kayak provides more space for your gear, with dedicated on-deck storage areas in front and the back of the kayak. And depending on the model, hard-shells can also feature dry storage hatches – something you won’t find on an inflatable kayak.

You’ve probably heard all about your chances of capsizing a hard-shell kayak. But do inflatable kayaks flip easily, too?

Inflatables tend to have a wider beam – and that right there is your answer:

A wider beam usually translates into a higher degree of on-the-water stability, which, combined with multiple air-filled chambers, makes it harder to tip an inflatable kayak over.

That’s not something that can be said for hard-shell kayaks.

Overall, while hard-shell kayaks have other aspects of on-the-water performance going for them, beginner paddlers will often have an easier time paddling an inflatable kayak.

This one isn’t a matter of hardshell vs. inflatable kayaks kayaks; your trusty ‘yak will need some general maintenance and care after use, one way or another.

With inflatables, you have to wash them down, drain them thoroughly, and leave them to dry before you can store them. Otherwise, you’re in for nasty mold and mildew growth.

Oh, and while we’re at it, no, you shouldn’t leave an inflatable kayak inflated. That could put unnecessary strain on the seams and potentially damage the valves.

Hard-shells need some aftercare, too, including a quick rinse after paddling in salt water and regular waxing. In some instances, your kayak might even need a new paint job.

Given that they don’t typically cost an arm and a leg, I’d say inflatable kayaks have the edge in terms of price:

A top-of-the-line hard-shell will cost you a few grand. And while an inflatable of similar quality won’t come cheap, it will likely be priced lower than a heavy-duty, rigid-frame kayak.

Are inflatable kayaks worth the money, though?

Well, the “you get what you pay for” rule does apply to a degree. But that’s generally the case with all kayaks, inflatable or otherwise.

Overall, though, if you can’t afford to shell out on a hard-shell – excuse the bad pun – inflatable kayaks would be a much better choice. Good ones, at least.

Last but not least, we should have a chat about durability:

How long do inflatable kayaks last – and how do they compare to hard-shell kayaks in that regard?

Surprisingly enough, good-quality inflatables can be more durable than hard-shells in specific scenarios, simply because they can “bounce” off things at smaller impacts. Then again, leaks and punctures are a real possibility, especially if you hit a sharp rock.

As for hard-shell kayaks, while the longevity depends on the material, they will typically outlast an inflatable kayak and serve you for years to come.

But if you’re hoping to turn your hard-shell into a family heirloom, proper care and maintenance will be crucial – such as; painting, waxing and correct storage away from the elements and sunlight.

Before I wrap things up, I’d like to take a moment to sum everything up and highlight the most notable advantages and disadvantages of inflatable kayaks vs. hardshell kayaks.

So, if you’re still on the fence, be sure to keep reading!

I don’t think this inflatable vs. hard kayak debate can be settled with one clear, straightforward answer. This one’s up to you and your needs, I’m afraid.

But this quick overview of the pros and cons we’ve discussed might help point you in the right direction of which style of watercraft is better suited to you.

Inflatable kayaks are generally better if: 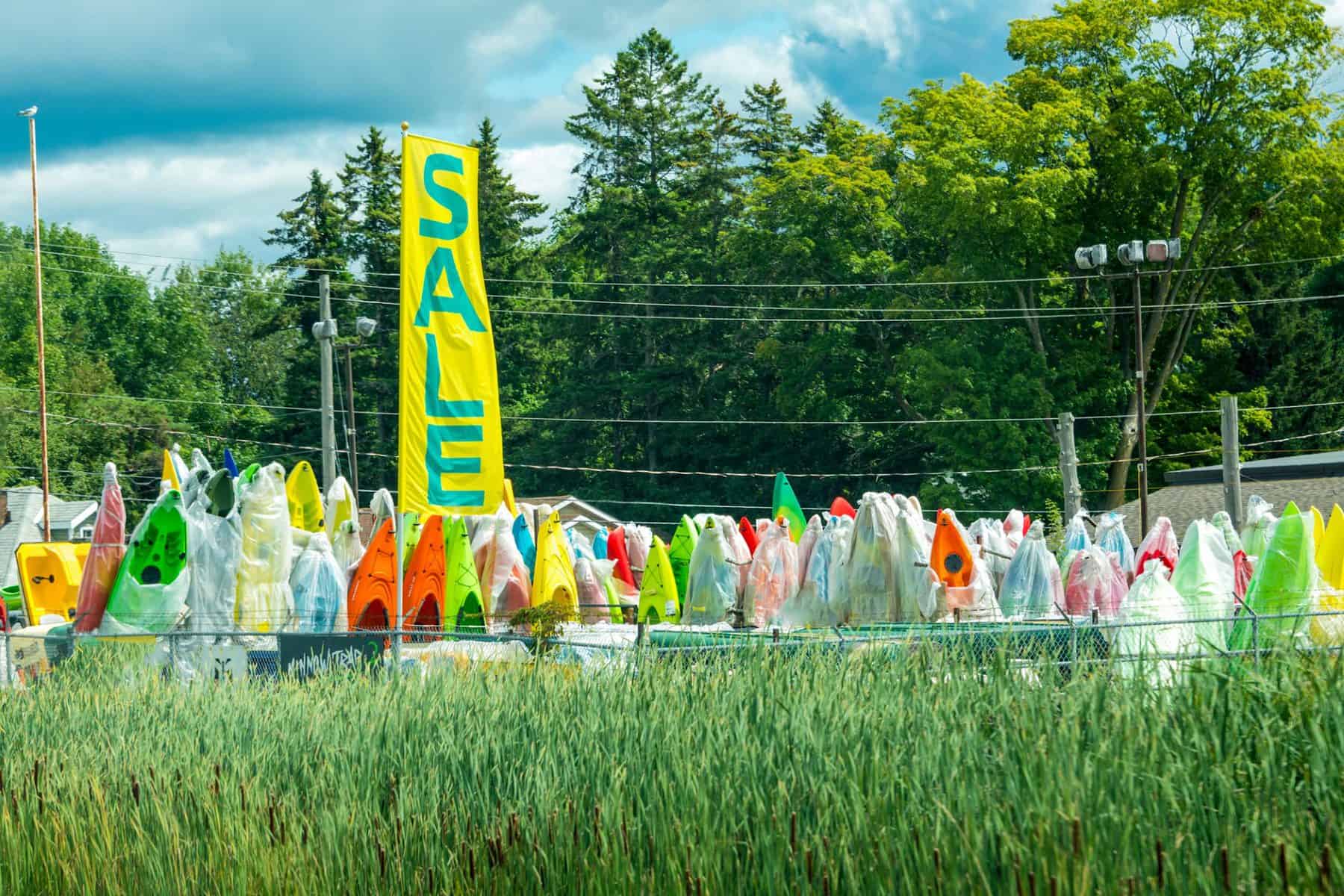 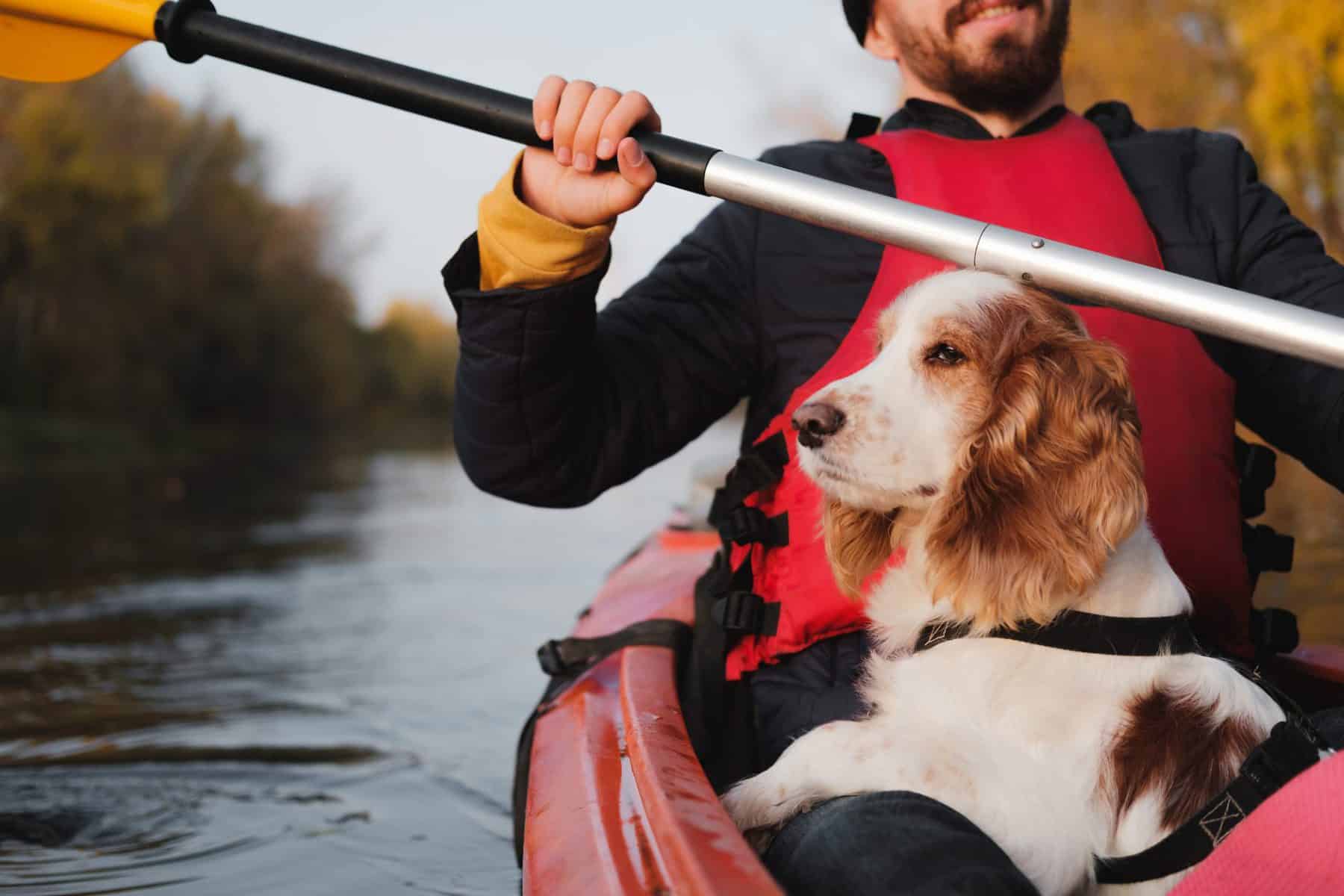 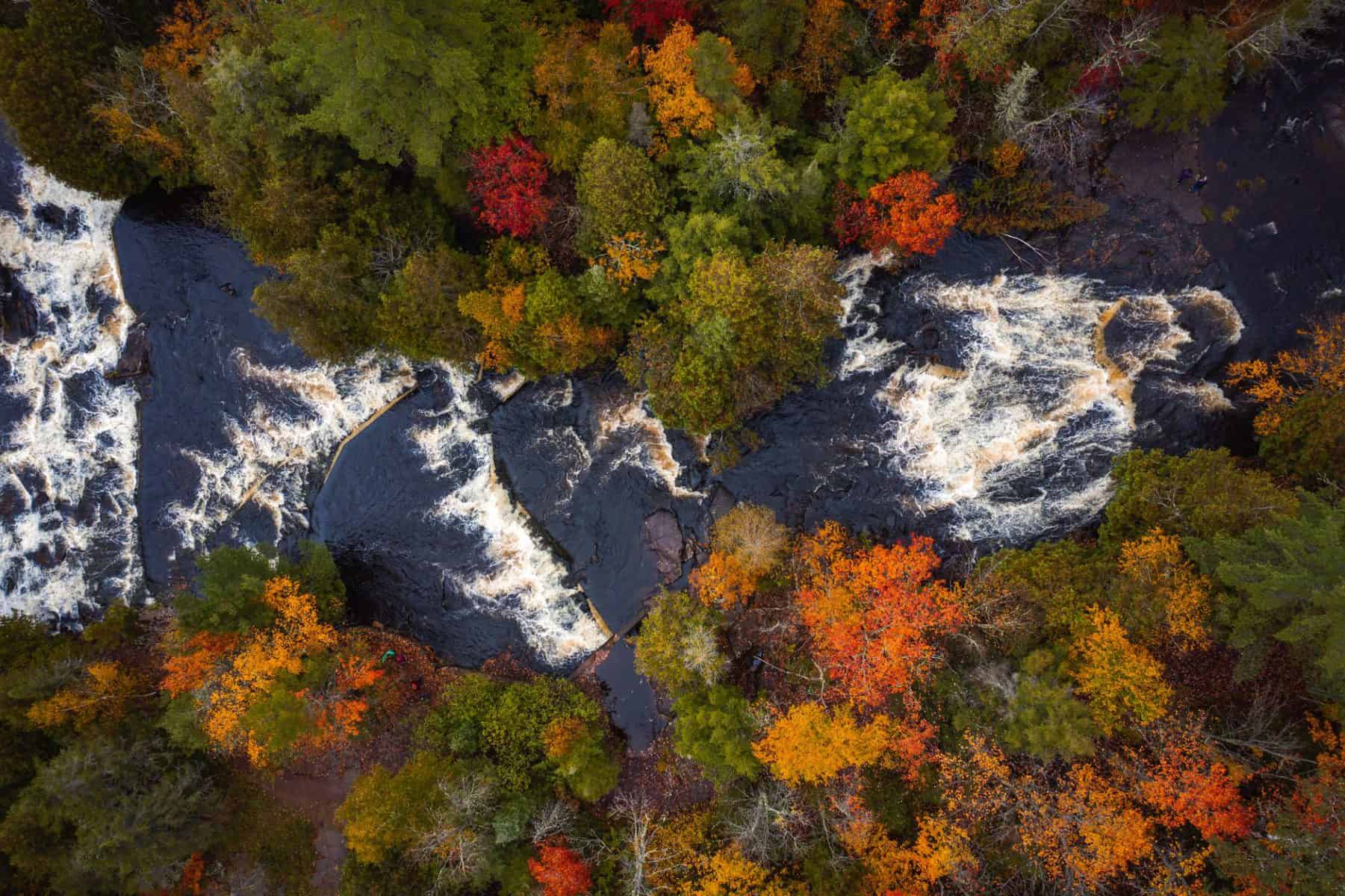 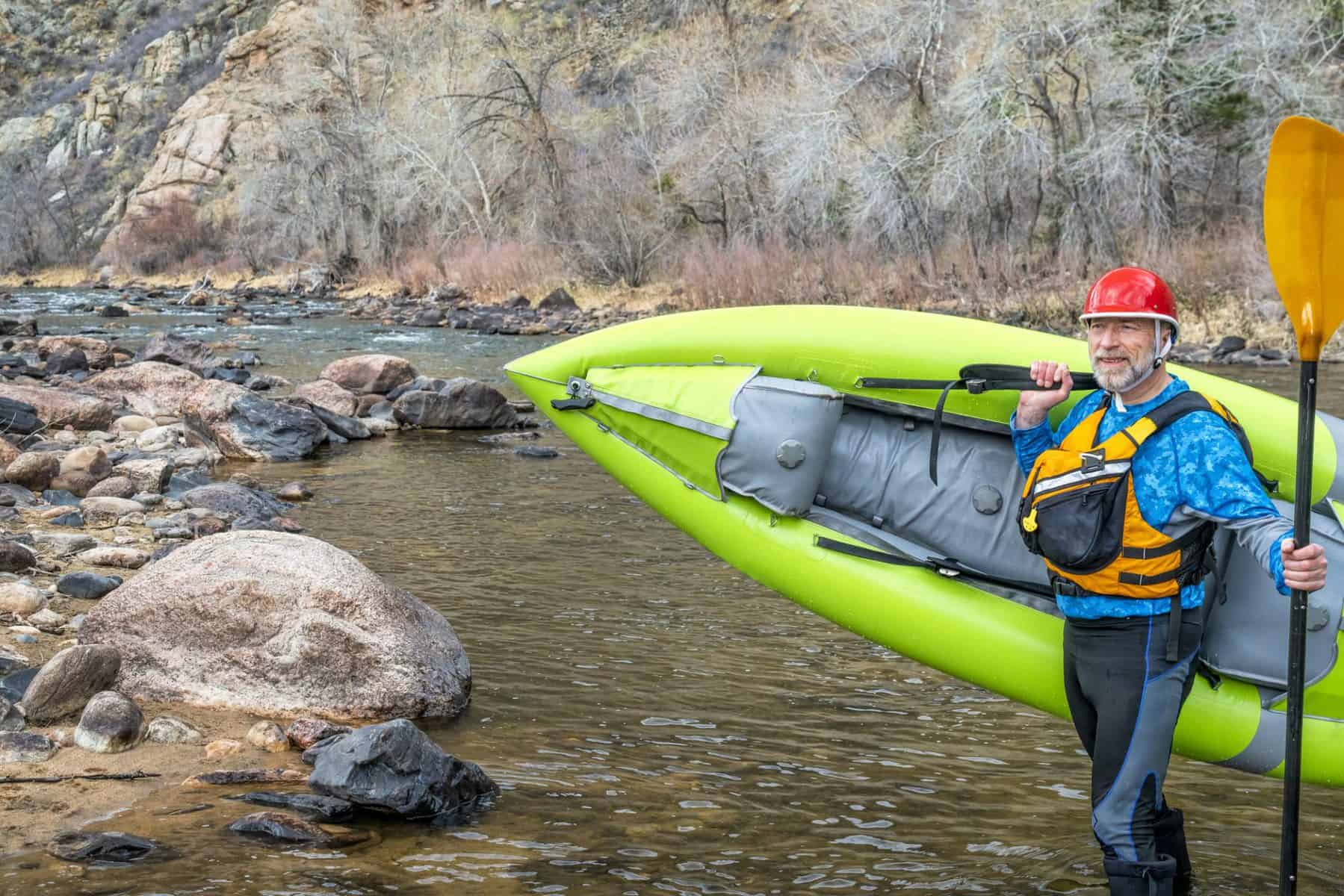 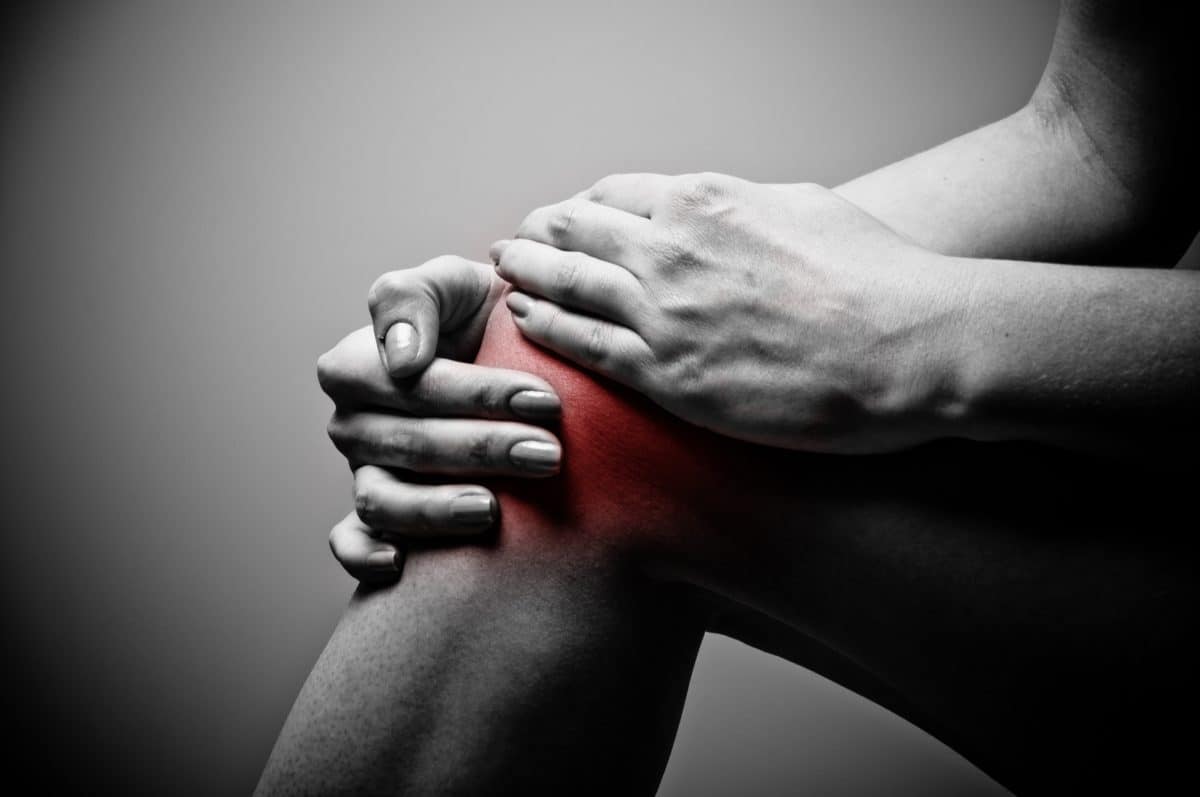 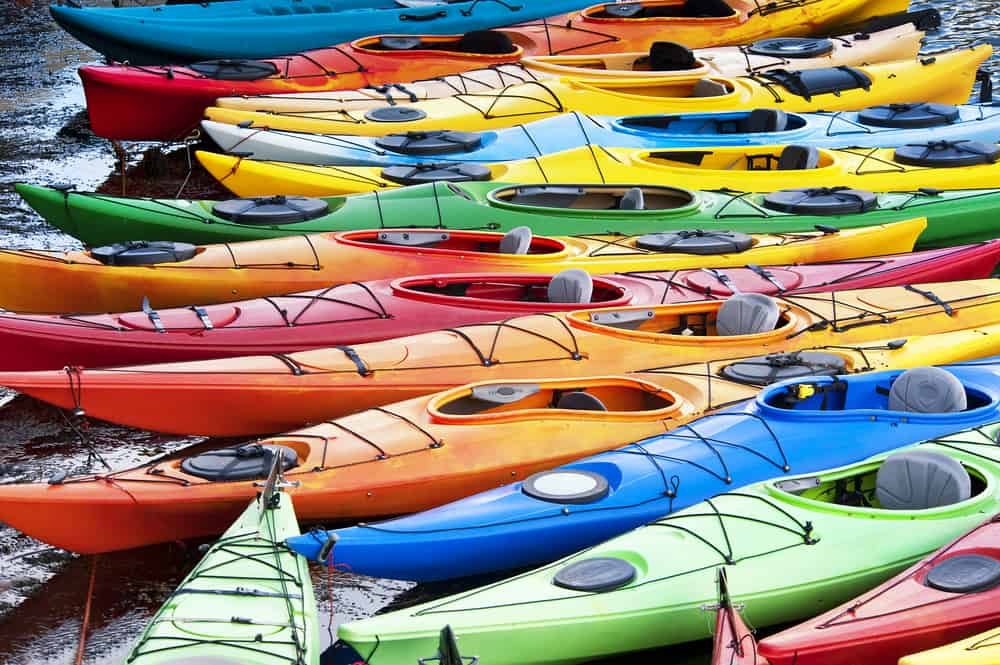 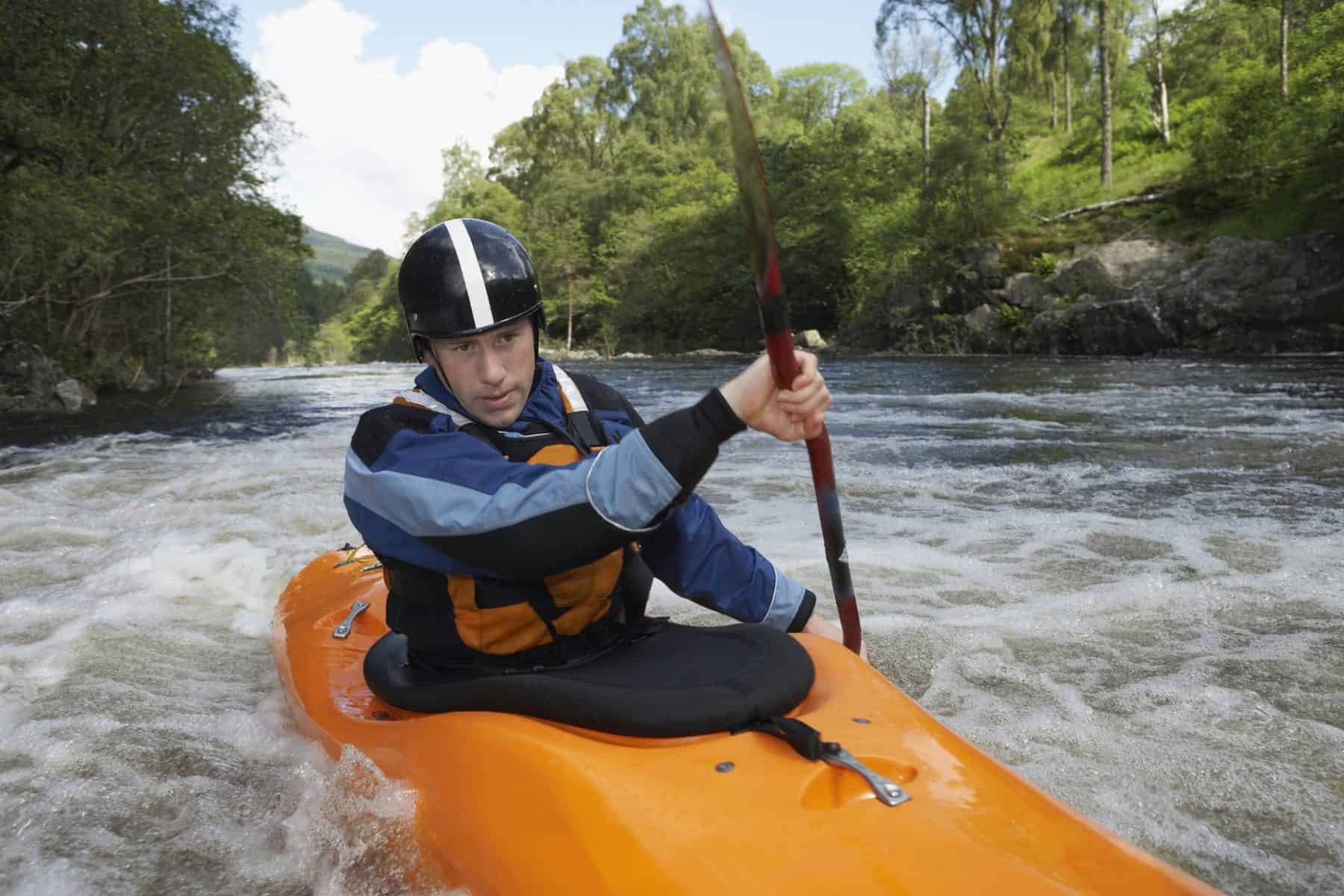 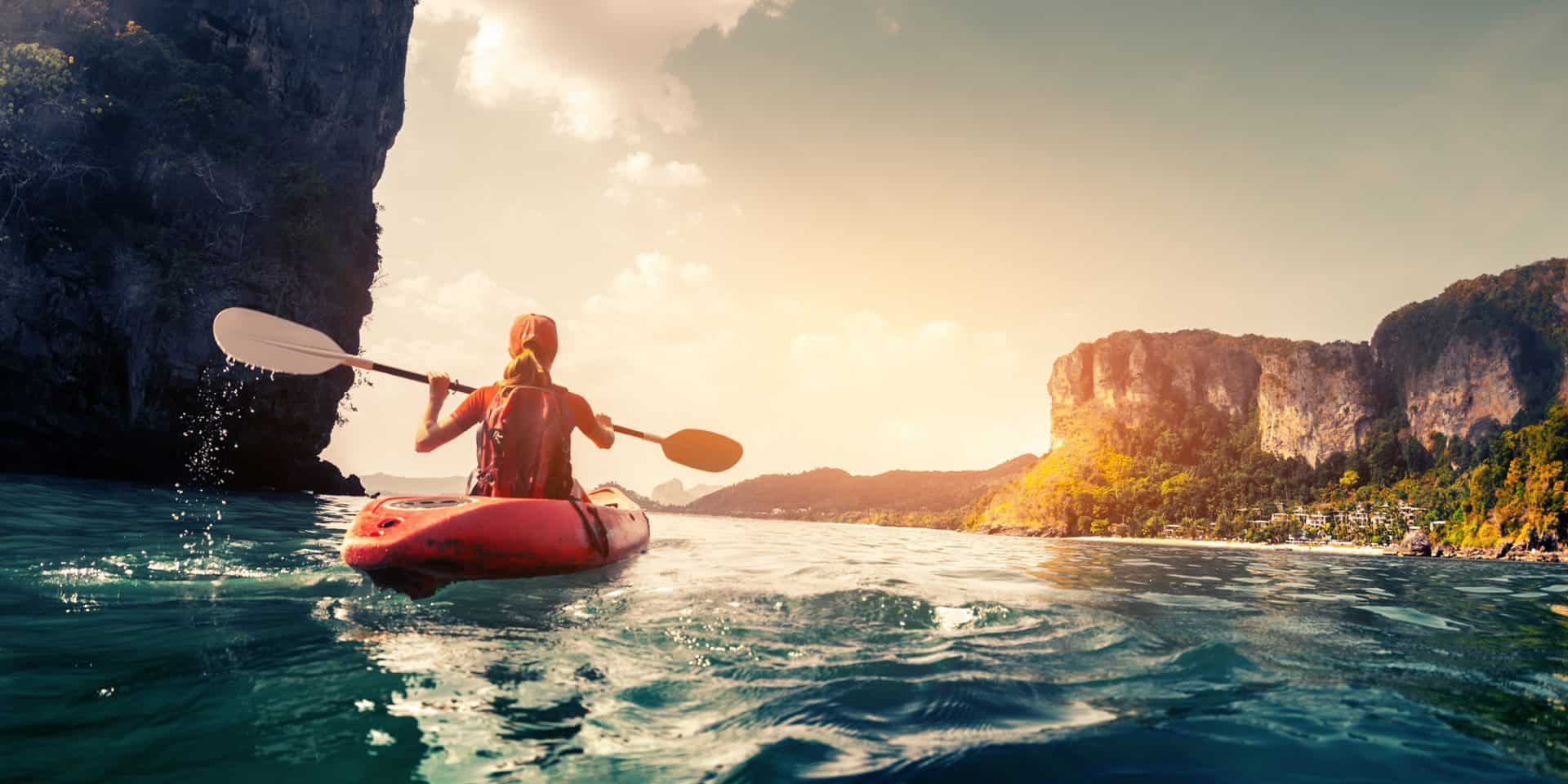